Happy Silent Movie Day, and welcome to my review. In the 1920s, Douglas Fairbanks began a transition as a star to become known mostly for what he is remembered for today – swashbuckling, derring-do, and heroism. But in the teens, he had been a promulgator of physical and situational comedy grounded in athleticism and pep (in fact, he was one of the only film comedians of the time who worked exclusively in feature-length format). One hundred years ago, he still had some funny ideas to work out, and this movie is an example of his earlier style, carried over into the 1920s, and with all the film technique he had learned after six years in the business. 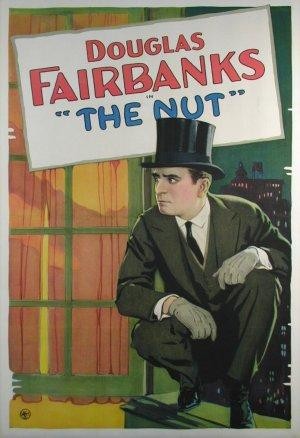 The movie begins with a series of intertitles that set the scene for us. Doug’s character is Charlie Jackson, an aspiring inventor. Like so many of Doug’s characters, he is in love, and bends all of his energies and attention to The Girl, a neighbor in his Greenwich Village apartment house named Estrell (Marguerite De La Motte). The first scenes of the film focus on the Rube-Goldberg-like inventions Doug has developed as “labor saving” devices. His bed rolls him over to a pool and dumps him in, where spinning brushes apply soap to his body, then the floor raises him up to automatic towel-ers, and a moving sidewalk cruises him past several closets where mechanical arms help him choose clothing and dress himself. It all looks terribly inefficient and inconvenient, but it does show a man always looking for a new way to do things. Once this morning ritual is complete, he crosses the courtyard and climbs to the balcony of his beloved, who treats him politely but distantly, indicating that she is not sold on him as yet. We learn from intertitles that she is an educational reformer who believes that if lower class children spend one hour a day in the homes of the rich, they will grow up to be productive and escape poverty. We see her taking care of a brood of such kids in her own fancy apartment. 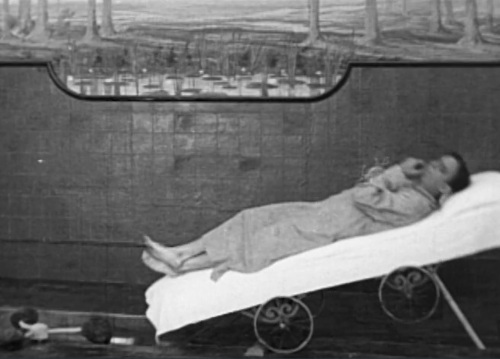 Doug realizes that the way to win her is to help promote her cause among the wealthy folks who can make her plan work. He plans a fundraising event, though he really doesn’t have the contacts to get the “right” people to the party. One person who agrees to come is a high-rolling gangster named Philip Feeney (William Lowry), who also has designs on Estrell. Doug does a series of increasingly extreme “impersonations” – Napoleon, Abraham Lincoln, General Grant, Tom Thumb, each time running behind a screen to quickly change costume – or so it appears. In fact, when he knocks over the screen accidentally, we discover he has a gaggle of men already in costume there, who have been the ones really doing the “impersonating.” One is dressed as Fairbanks’s friend and business associate Charlie Chaplin, and he does a fair imitation before running off. Doug can’t resist putting his inventions on display as well, but one involving fireworks causes a stampede and another that dispenses calming incense knocks people unconscious, causing the party to end in ruin. 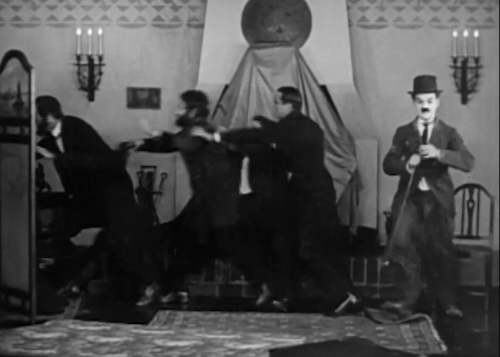 Put in jail overnight for his excesses, Doug now finally meets someone rich (as one does in jail). He now offers the ne’er-do-well cousin of a rich man (Gerald Pring) $2500 to donate to a charity if he can bring some rich friends around for another fundraiser. The problem, of course, is that this fellow is dishonest, and plans to bring burglars and gamblers to the house and keep the money for himself. The impersonators aren’t very convincing, but Doug is too dumb to realize they are not the genuine article and he gives his song and dance before catching on and taking back his money. He tries a few more ruses to get the attention of a real rich man, but continually fails. When he calls Estrell to let her know the fundraiser is off, he can’t bear to disappoint her, so he comes up with the idea of renting a few figures from a wax museum and letting her give her speech to them. When the owner won’t rent, he swipes a few of them after hours. He uses some of his inventions to get them to simulate speaking and smoking, but one of their hands catches on fire from the cigarette, and when Doug douses it with a pitcher of water to avert catastrophe, Estrell realizes what’s up. She leaves in a huff. 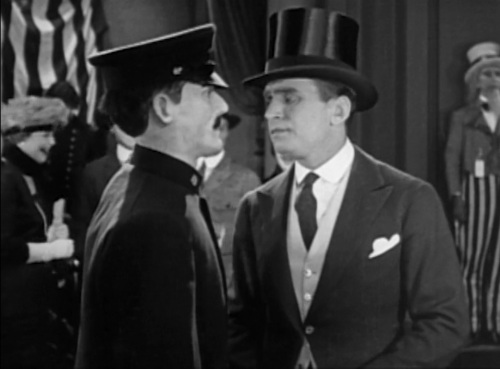 Doug is now reduced to trying to return the wax figures in disgrace, but various people think he is carrying a body through the streets and conclude he must be a Jack-the-Ripper-style murderer who has been active in the Village. A reporter who is really related to the wealthy man Doug has been trying to reach (Morris Hughes) is first on the scene, and when he hears Doug’s story, he’s convinced he’s onto something good and it would be worth it to help Doug just to get the exclusive on this story. He helps Doug evade the police and return the wax figures, Doug is able to get to Estrell and get the rich man’s endorsement for her plan, and it ends happily with the two of them married with kids of their own to raise. 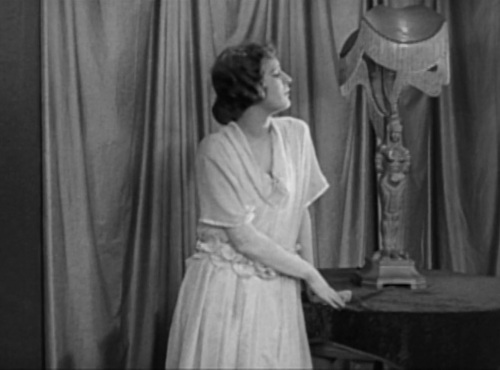 This is one of the funnier Fairbanks comedies I’ve seen, although it hinges far more on the situations than on his physicality. I described the plot to a coworker and was gratified at how much she laughed without even seeing it – showing that either I’m a good storyteller or Fairbanks was onto something with this plot. He does climb the side of a building and during the scene with the fireworks, there’s an extended chase after a man whose pants are smoking, with various leaps and fences to scale and so forth, but he’s mostly doing things like pretending to be a man on a stretcher by sticking two false feet out in front of him under a sheet or pushing buttons to make his inventions work. 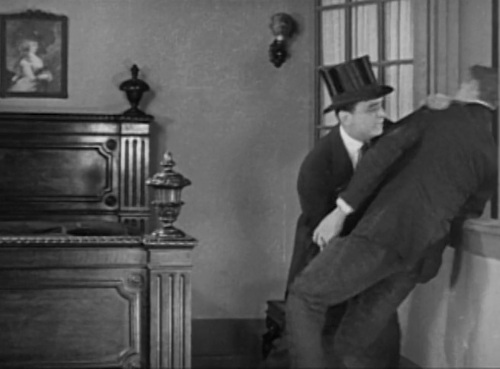 There’s an amusing phone metaphor he uses: whenever he calls The Girl, we see a cherub acting as an operator connecting the line from a cloud somewhere, but when his rival calls, the operator is the Devil, lurking in a cave. It’s interesting to note the light touch this movie uses in making fun of the girl’s reformist scheme – in other films of the period (including Fairbanks movies), women reformers are often portrayed as either authoritarian busybodies or hopeless dreamers, but while the intertitles seem a bit dubious about The Girl’s cause, it is never mocked outright or proven wrong in the course of the story. She is no more ridiculous than he is, maybe just a bit less so. I think by avoiding heavy-handedness, this movie becomes more accessible and enjoyable on its own terms. 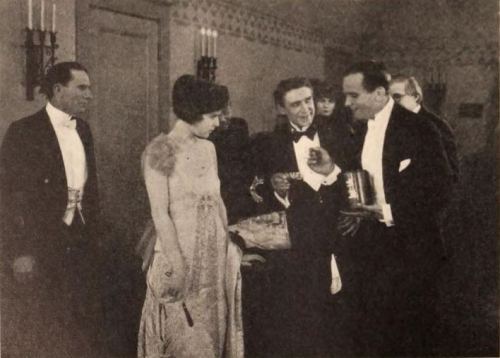 This has been my entry for the Silent Movie Day Blogathon, hosted by Silentology and The Good Old Days of Classic Hollywood. Be sure to check out the other articles about silent movies today! 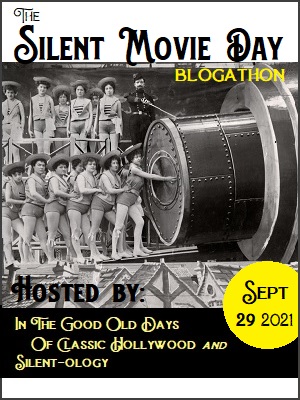