One of three movies Max Linder made at Essanay before that studio’s final demise, this movie shows his talents and charm effectively, but apparently was not a hit with audiences of the time. Possibly its “European” themes of divorce, infidelity and jealousy did not sit well with Americans, but I found it a lot of fun. 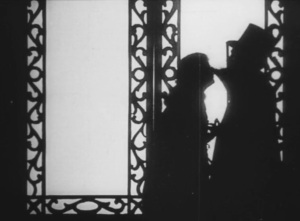 As the movie begins, Max is cuddling with a girl (Martha Mansfield) still in a bridal veil from their recent marriage. The honeymoon comes to a rapid end, however, when a maid comes in to deliver Max a letter from a lawyer telling him that he stands to inherit three million dollars if he is single on his upcoming birthday. He quickly realizes that it will be in both his and his bride’s interest if they can get a divorce, but her response is to smash various vases and other breakable objects when he proposes it, most of them by throwing them at Max himself. He calms her down by promising to buy a string of pearls and to re-marry her as soon as the money is secured. Then they have to work out a plan to establish “grounds” for the divorce. He tells her that he will seduce a woman of her choosing, and she can send in a detective to catch them in the act. 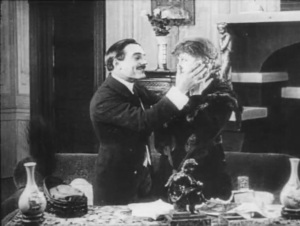 Max and his wife go out to a very stylish dance and she proposes a large, older woman as his target, but Max vetoes this and chooses a young blonde (Francine Larrimore) instead. His efforts to woo her are interrupted by bursts of his wife’s jealousy, including her throwing a pastry in his face. He manages to get rid of her long enough to at least get the young lady’s phone number. He and his wife secure an apartment for the rendezvous, and she hires a detective over the phone, confusing him slightly when she checks with Max to confirm the time of the affair. He calls from home, once again incurring the jealousy of his wife who interrupts the phone call as well, but she agrees to meet him there. Meanwhile, an “experimental psychologist (Ernest Maupain), driven from his residence by noise complaints from the neighbors, takes on the apartment across the hall. He arranges to have various lunatics come and meet him there, including a man who thinks he’s a car, a butterfly catcher, and a “ballet master” (the last is played by Leo White). 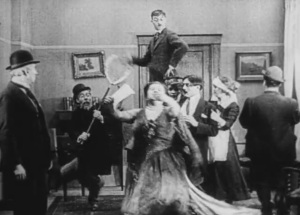 On the night of the date, Max’s wife decides she can’t bear to let this happen outside of her sight, so she puts on a silly disguise and pretends to be a maid. Each time Max and the girl start canoodling, she comes into the room and asks if they need anything. The girl gets more and more uncomfortable, but Max insists she stay until five. The detective goes into the wrong apartment and is put in the room with the “loonies.” Finally, Max, the mistress, and the wife get into a roaring argument, which gets the psychiatrist’s attendants to investigate, and they wind up getting thrown into the loony bin as well. Finally, Max winds up with a large “diva” (Mathilde Comont) and the detective takes notes for his wife. Exhausted, Max and wife return home, where they are greeted by the maid with a new letter. The lawyer apologizes for his mistake, the terms of the will state that he must be married, not single, in order to inherit. Oops! 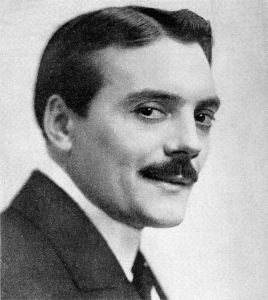 This movie is a very good example of Linder’s more sophisticated, situational comedy style, and confirms once again that slapstick was not the only form of humor known to the early silent screen. While not as urbane and witty as an Ernst Lubitsch film, it reminded me a bit of his style. I was surprised at the quality of the cinematography, including silhouettes, clever lighting, and many close-ups. This is unusually sophisticated filmmaking for a 2-reel comedy of the time. In terms of acting, the wife’s jealousy was very over-the-top, however. I think a Lubitsch character would have chosen to get even by finding a lover of her own, rather than constantly undermining her own interests by making it harder for Max to come up with grounds for the divorce. I was also surprised when the detective pulled out a notepad rather than a camera to “catch” Max in the act – technological assumptions were different in those days, obviously! The highpoint of the humor, though, is all of the chaos the various “crazy” characters create. The fellow pretending to be a car was a riot, and the “ballet master” managed to be wonderfully incompetent in his constant pirouettes and leaps. Not especially sensitive (or realistic) in terms of its handling of mental illness, this movie manages to be quite funny as a result.