For years now, I’ve semi-seriously joked about starting “a second blog” for all the movies I watch that aren’t part of the Century Film Project. Believe it or not, the majority of my viewing time and expertise is not really devoted to 100 year old movies! But one blog is a lot of work to keep up, and it has begun to look unlikely that I’ll be able to manage two before retirement.

I do write short reviews, however, of every movie I’ve seen twice. I’ve been doing that for over five years, and my “review” folder has over 1500 such reviews stored up. I recently learned about the “Letterboxd” social media service that lets film buffs track their viewing and share reviews. This looks like a lot less work than trying to build an entire new blog! So, I’ve gone ahead and opened a profile and started putting my reviews there. 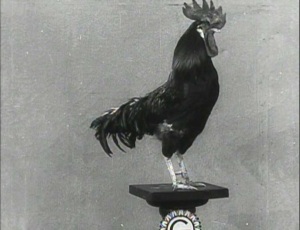 If you’re curious what my “normal” taste in film looks like, you can check out my profile here. If you use Letterboxd, follow me to see the reviews as I share them, and also to track my first-time views (sans reviews) as they happen in real time!