A new year has begun! This will forever be the year best known for the Russian Revolutions, but of course at this point in the year no one knew the days of Czradom were numbered. The First World War continues, and the USA is less determined about its “neutrality” than ever before, and by the end of the year there will be American Doughboys in France. The film industry will embrace both events as inspirations for movies, but in the meantime, the concept of “Hollywood” is finally entrenching itself as an industry, rather than as a collection of entrepreneurs and artists. This promises to be an exciting year for the Century Film Project! Let’s take a look at some of the headlines for January.

Firing line at Battle of Rafa

The Battle of Rafa: The last substantial Ottoman Army garrison on the Sinai Peninsula is captured on January 9 by the Egyptian Expeditionary Force‘s Desert Column.

British armed merchantman SS Laurentic is sunk January 25 by mines off Lough Swilly (Ireland) with the loss of 354 of the 475 aboard.

The Ratho rail crash occurs on January 3. NBR H class locomotive 874 Dunedin in charge of the Edinburgh to Glasgow express train collides with a light engine at Queensferry Junction, leaving 12 people dead and 46 seriously injured. The cause was found to be inadequate signaling procedures.

On January 19, a blast at a munitions factory in London kills 73 and injures over 400. The Silvertown explosion as it comes to be known, is a major cause célèbre for improving conditions in munitions factories and for workers in England generally.

On January 26, a combination of easterly gales and exceptionally high tides breached the sea-defences of the village of Hallsands, and by the end of that year only one house remained habitable. The villagers’ fight for compensation took seven years.

Terrorism: Unknown saboteurs set off the Kingsland Explosion at Kingsland (modern-day Lyndhurst, New Jersey) on January 11. This is one of the events leading to United States involvement in WWI.

Colonialism: Denmark sells the Danish West Indies (now the Virgin Islands) to the United States for $25 million on January 16.

Finance: Royal Bank of Canada takes over Quebec Bank on January 2. The lack of an independent provincial bank will be an obstacle to Quebecois Separatism in years to come. 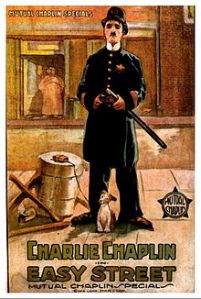 Hilde Krahl, actress (in “Der Postmeister” and “A Devil of a Woman”), January 10.