This is a somewhat thin month for news, apart from the Russian Front and the Arab Revolt (as if that’s not enough!), but I’ve found a few facts to give us a sense of the context of the period. We’re around the halfway point of World War One now, the US is still not involved but it will be a hot issue in the coming election. Film production continues to shift West, but there’s still plenty of work in the New York/Forth Lee area going on. 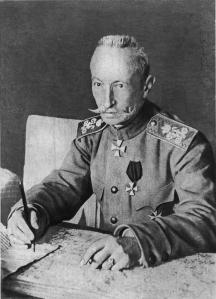 The Brusilov Offensive, the height of Russian operations in the war, begins on June 4 with their breaking through Austro-Hungarian lines. There will be half a million casualties on the Russian side and at least twice that many suffered by the Central Powers, leaving the Austro-Hungarian Army effectively crippled. It may be seen as a Pyrrhic victory, however, because the Russian Empire could never mount another major attack after its losses, either.

The HMS Hampshire sinks on June 5 having hit a mine off the Orkney Islands, Scotland, with Lord Kitchener aboard.

Diplomacy: Speaking at an allied economic summit, Etienne Clementel argues that the Blockade should be the beginning of economic cooperation among Entente partners, aimed at excluding Germany from their markets after the war.

Uprisings: The Arab Revolt begins against the Ottoman Empire to create a single unified Arab state spanning from Aleppo to Aden, and is formally declared by Hussein bin Ali, Sharif of Mecca on June 10. He will be assisted by British officer Captain T.E. Lawrence, AKA “Lawrence of Arabia.”

Culture: Opening of the Cleveland Museum of Art, June 16.

Actor Page Peters (who appeared with Blanche Sweet in “The Warrens of Virginia“) dies in a swimming accident June 22, in Hermosa Beach, California.