Today is the second anniversary of the day I launched this blog, for what that is worth. It started out, really, as a place to record the movies I watched in a side-project of my daily movie viewing, and blossomed and sprang into something bigger and more serious. The point, always, in watching 100-year-old movies has been for me to learn more about early film history. In other words, I do this exactly because of what I don’t know, rather than to show off what I do know. I’ve learned a lot, but there’s still an awful lot more for me to learn. If you’ve come with me this far, I hope you’re enjoying the ride. 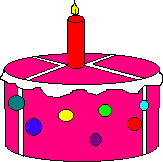 Anyway, this hobby has finally gotten serious enough that I’ve decided to professionalize it a little. I’ve now gone ahead and bought “centuryfilmproject.org” as a domain name, instead of taking the free hosting WordPress offers. Hopefully, the transition will be smooth and all the old links will work, but we’ll see. Speaking of link-rot, I’ve noticed lately that some of my early posts no longer connect to working videos. I’m not going to put a lot of time into fixing this – my advice is if you’re looking for one that you can’t get to, just put “title of film” “year of film” into Google and press the “video” option at the top of the result page. But, if you feel like letting me know about one you’ve found, comment and I’ll change the link as well.

For this year, in addition to looking at as many 1916 films as possible, I’m going to focus a lot on France. France was the first major film making nation, and I’ve only scratched the surface of French film so far. To kick this off, I’ll be looking at the short films of Alice Guy for the next month or more, but also anticipate more from Méliès, Feuillade, Lumière, and others. Before long, I hope my list of French movies starts to rival those I’ve reviewed from the US!