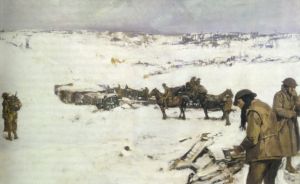 From a global political perspective, 1916 was starting off as a grim year, especially so far as the First World War was concerned. In 1914, people thought the war would be over by Christmas. In 1915, it was clearly a longer struggle, but there was still a general hope that the next offensive could be the decisive one. By 1916, it was starting to look like the war could be a perpetual bloody stalemate, with each side taking bits of ground here, while losing them there, and nothing decisive ever taking place. Yet, instead of seeking an armistice based on compromise (did France really need Alsace-Lorraine? Did Austria-Hungary even care about Serbia anymore?), both sides chose to double-down on the stakes in terms of human lives. A record-breaking death toll continued to rise, with no end in sight. 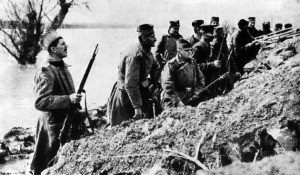 From a film history perspective, what was bad for the goose became very good for the gander. Before 1910, France was the undisputed leader of film production, even the majority of films screened in the US were French. But, France had always been at an economic disadvantage to the United States for the simple reason of the difference in population and the corresponding difference in market caused by number of film-goers. In order to recoup money for an expensive production, a French studio had to count on big international sales. For an American studio, domestic sales took care of all costs, and the international market was icing on the cake (incidentally, I predict that a similar situation will lead to Indian dominance in the global film market within the next century). Once the First World War cut off France’s international distribution system, their collapse was complete. Nationalization of resources (like silver) needed to make motion picture film was merely a nail in a coffin that had been shut even before the guns started firing. 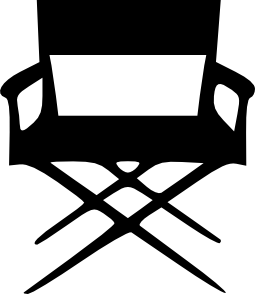 But all this new opportunity for American profits led to a time of change and innovation in the US film industry. 1915 had seen the final vindication of the “feature” film, not least because of the huge success of “Birth of a Nation,” shown at live-theater ticket prices in front of enthusiastic crowds in each city in opened in throughout the year. Other directors could now convince their production offices that expensive features could be worth the invention: every studio wanted to back the “next” “Birth of a Nation.” And audiences demanded longer, more sophisticated stories with better acting and cinematography than before. American studios responded, and the concept of “Hollywood” began to crystallize as representing American film, and even simply to stand in for the film industry everywhere.

Of course, that doesn’t mean that the rest of the world suddenly went to sleep and stopped making movies. Russian studios remained committed to high standards of art, the Italians were demonstrating that their visual talents went beyond painting and sculpture, and even in 1916, Gaumont Studios in France was able to finish “Les Vampires” and produce “Judex,” two of the most influential serials of the period. While this blog remains largely interested in the development of the Hollywood system in its early years, we’ll be looking at some of these European materials in the year to come. Similarly, if I can ever get my hands on a Japanese Century Film, I’ll be happy to include one of the twentieth century’s most notable filmmaking nations as well, although there will be some interesting cultural differences to consider there, such as the importance of live narration over music. Here’s to the movies of 1916! I hope you enjoy accompanying me in exploring them. Tune in next Sunday for the Century News for January.