It turns out that not just D.W. Griffith was making movies about the Civil War during the early teens. The Kalem company produced a series of them between 1911 and 1915, which includes this tautly-edited short. 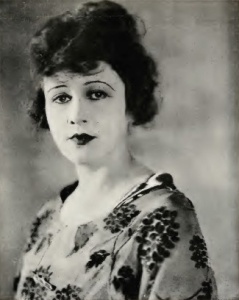 Anna Q. Nilsson, who appeared as Marie Deering in “Regeneration” three years later, is the title character, Agnes Lane, a daring spy for the South during the Civil War. She delivers an important message regarding an attack on a Yankee fort, then infiltrates the fort and turns herself in, only to change into a Union soldier’s clothes and escape with more confidential information. The Confederate soldiers love her, and treat her with respect, despite her un-ladylike profession. During the attack, morale appears to flag, but she sneaks out a message that she has been captured by the Yankees and is due to be executed, urging the boys to greater heroism. As they capture the fort, she again infiltrates and pretends to be grateful to her “rescuers.” 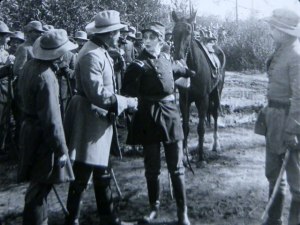 The simple story is told with cross-cutting and fairly rapid editing for the time, although I didn’t find the action scenes as compelling as their Biograph counterparts. Several times, corpses on the battlefield move or react to being stepped on, showing that no one thought to substitute dummies for actors between the shots. I was interested in the camera angles chosen, which were often 45 degrees to walls or tent sides, suggesting that the cinematographer was thinking outside of the usual box. Nilsson, in addition to her cross-dressing scene, undergoes several wardrobe changes: at first we see her in a lady’s riding outfit, but during the battle she wears the white of a nurse. Care seems to have been taken to get the period costumes right, nothing looks like the early twentieth century in this movie. Although Kalem had a Hollywood studio at this time for shooting Westerns, I suspect that this movie was made closer to the New York headquarters, based on the appearance of backgrounds and foliage.

Although the movie fits into the general trend of nostalgia for the “lost cause” of the South, there is no explicit political or racial message in the film, The Yankees are not shown as “bad,” they are simply enemy soldiers, to be overcome at any cost. This also means that Nilsson’s heroism is not countered by any compelling villainy, which probably only works because the movie is so short.

This review has been another movie I was able to see in the Egyptian Theater in Hollywood thanks to Cinecon.

I have not been able to find this movie for free on the Internet. If you do, please tell me about it in the comments.